Sadly, most Americans have lost touch with the military. Joining the Army, Marines, Navy or Air Force is something that others do. As a result, a day like Memorial Day is too abstract--we vaguely (and briefly) recall the brave men and women who died while serving this country, but don't remember anyone in particular. 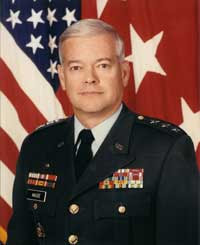 Lieutenant General Timothy J. Maude was the highest ranking officer to die in the September 11th attack of the Pentagon. I knew him as a friend and client. We had lunch together virtually everyday in the Pentagon's General Officer's mess. He was serving as the the Army's Deputy Chief of Staff for Personnel at the time of his death. He entered the United States Army as an enlisted soldier on March 21, 1966. Upon completion of Officer Candidate School in February 1967, he was commissioned a Second Lieutenant in the Adjutant General's Corps. He served in Vietnam. Lieutenant General Maude was a soldier for more than 35 years, during which time he served in a variety of important command and staff positions, culminating in his assignment as the Deputy Chief of Staff for Personnel, United States Army. The Maude Foundation website describes Tim well: "Lieutenant General Maude understood the human spirit. He understood that the well being of the Army-soldiers, civilians, retirees, veterans and their families-is inextricably linked to our readiness as a force. The success of the "Army of One" campaign demonstrates his broad understanding of human nature and his creative instincts in delivering on that understanding. He understood that young men and women today are looking for something greater than self and are able to accept the notion of duty to country as the noblest of endeavors. . . . His love of soldiers and his devotion to the Army was deep and genuine. Simply put, Lieutenant General Maude loved soldiers; he loved the Army; he loved this wonderful country. His every action cheerfully reflected this commitment to duty." He indeed cared deeply about the welfare of soldiers.

Ernie Willcher was one of the career Army lawyers who worked with me when I was General Counsel of the Army. He was the go-to guy in our office on most personnel issues. Of the four, Ernie is the person I knew best. He dedicated a lifetime to serving the Army as a civilian lawyer. At the time of his death, he was a consultant and was meeting with Tim Maude on a project about improving the lives of the families of soldiers--ironically, a new website tool for the survivors of soldiers killed in action. Ernie was a very hard worker, a gentle soul, and the most dedicated father I have ever met. He also had many of the most challenging legal issue on his plate while I served as General Counsel, and Ernie never failed me. 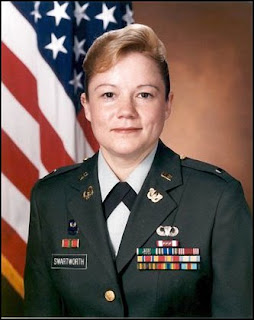 Chief Warrant Officer Sharon Swartsworth was the chief warrant officer for the Army Judge Advocate Corps the entire time I served as General Counsel. She was killed in Iraq when the UH-60 Black Hawk helicopter she was on was shot down Nov. 7, 2003, in Tikrit, Iraq. Sharon was the JAG Corps' top warrant officer at the time of her death, and was in Iraq with the Army JAG leadership team on a brief visit to Iraq guiding and boosting the morale of the soldiers responsible for administering military justice. She was responsible for pulling the JAG administration into the computer age --which was critically important as Army JAG officers are now deployed all over the world. She was about to retire from the Army at the time of her death. She had sold her Fairfax County home and moved with her family to Hawaii, where her Navy officer husband had a new posting. She had an eight year old son. 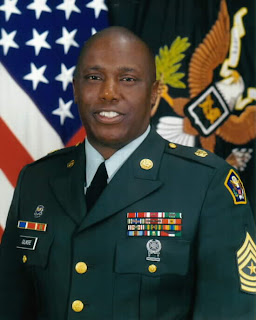 Command Sergeant Major Cornell Gilmore was the senior non-commissioned officer for the Army Judge Advocate Corps. He was killed while flying in the same UH-60 Blackhawk helicopter as Sharon Swartsworth. Gilmore was in charge of about 3,000 paralegals, both active duty and reserve. He oversaw training and served as a support system for soldiers joining the JAG Corps. He was a veteran of the Gulf War. He loved soldiers and they loved him in return. Like Sharon, he was in Iraq in a brief morale boosting trip with the rest of the JAG leadership.
Iraq War

Anonymous said…
Chuck, this is wonderful. Thank you for posting your tribute.

I'll spend tomorrow thinking about a friend of mine, Sgt. Christopher Coffin whose marriage I performed in the fall of 2003 and who I buried in the summer of 2004 after he was killed serving as an MP in Iraq. He was a man who loved his family and life more than just about anyone I've ever met.
May 27, 2007 at 6:26 PM

Thank you. Sgt. Coffin sounds like an impressive man. I know that his family was lucky to have you as their priest as they dealt with his loss.

September 11th is a tough day for me every year as I remember Tim and Ernie, both of whom were killed just a few corridors away from my old office in the Pentagon. Memorial Day is certainly more meaningful if you have friends or loved ones to remember.
May 27, 2007 at 8:14 PM