Creationism in Islam: Borrowing From Christianity 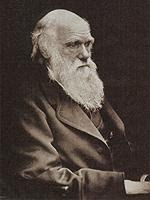 Brain Whitaker, who writes on the Middle East for the Guardian, has a very interesting commentary on how elements of Islam are beginning to borrow creationist ideas from fundamental Christian groups:

Currently, according to Abdul Majid, a professor of zoology in Pakistan, there are three strands of Islamic thought about evolution: outright rejection, total acceptance and partial acceptance. He describes the theological arguments in an essay on the Islamic Research Foundation's website and readers who wish explore the subject further will find a large collection of links to other articles here.

Despite these differences of opinion, and despite occasional incidents such as the beating-up of a university teacher in Sudan and leafletting by Muslim activists at King's College in London, the evolution debate is still very much a fringe issue among Muslims. There has been no Muslim equivalent of the campaigns by American creationists (except in Turkey) and a recent study in the Netherlands concluded that "neither a stark anti-evolutionism nor an anti-scientific attitude is representative of Muslim students".

Historically, Muslims have been much less fearful of science than Christians, and possibly this can be traced back to the Islamic golden age when scientists, philosophers and other thinkers carried out their work largely untrammelled by religious dogma.

As far as evolution is concerned, the Qur'an provides very little for anti-Darwinists to get their teeth into. It portrays God as the creative force behind the universe but - unlike the Book of Genesis in the Bible - doesn't go into details about the creation process. It says God made "every living thing" from water; that He created humans from clay and that He created them "in stages". In the view of many Muslims, this clearly allows scope for evolutionary interpretations.

Islamic creationism, as an organised movement, is relatively new and small, though well funded and apparently growing in influence. It is centred in Turkey, and particularly around the well-funded Foundation for Scientific Research (BAV), headed by Adnan Oktar. Oktar, who has written dozens of books under the pen-name Harun Yahya, is described on his own website as "a prominent Turkish intellectual" who is "completely devoted to moral values", though Wikipedia is far less complimentary about him.

At first sight, BAV's activities seem to be part of an internal Turkish battle between Islamists and secularists - one which it claims to be winning. "Darwinism is dying in Turkey, thanks to us," according to BAV's director, Tarkan Yavas. But it also has bigger ambitions, claiming to be the creationism centre of the world, and looking ahead to Turkey's possible future membership of the EU. In Yavas's view: "Darwinism breeds immorality, and an immoral Turkey is of no use to the European Union at all."

BAV has frequent contacts with American creationists and, although its books are superficially Islamic, they have been shown to rely extensively on arguments and other material produced by the Institute for Creation Research in California.
This borrowing of ideas from the most reactionary corners of Christianity - and then repackaging them as "Islamic" - is part of a trend that goes back to the 1960s, when Muslims began adopting the Victorian values of the west, at a time when most western societies were rapidly abandoning them.

The trend has accelerated in recent years, partly through the internet and also under the guise of "inter-faith dialogue", and so (for example) we find Dr Majid Katme, head of the Islamic Medical Association in Britain, becoming as Catholic as the Pope on the question of abortion. Similarly, the popular IslamOnline website provides an "Islamic" and "scientific" view of homosexuality which is actually nothing of the kind; it is cribbed, almost entirely, from the National Association for Research and Therapy of Homosexuality, a religious-based fringe psychiatric organisation in the United States.

The Christian groups are eager to collaborate with Muslims and influence them in this way because of the additional support that Muslims can provide at an international level for their reactionary agenda. But it is harder to see what Muslims can gain by embracing ideas that are ultimately doomed.

As far as evolution is concerned, it is a pointless battle, because science and religion are two different things. In the words of Steve Jones, the prominent genetics professor: "There are very few scientists who would attempt to disprove [the] existence of God by scientific means; but plenty of others who try to deny science because of their own beliefs ... Creationism does no lasting harm to science, but will be the end of any faith that insists on it."

Read it all.
Science

goodfornowt said…
"In the words of Steve Jones, the prominent genetics professor: "There are very few scientists who would attempt to disprove [the] existence of God by scientific means"

No, but as Norm, who says he hasn't got a religious impulse in his body, points out, both Dawkins and Jones, move easily "from thinking that religious beliefs are unfounded, wrong, etc to being willing to assert that people holding or propagating these beliefs are 'evil' (sometimes it's softer - like merely 'stupid'), or that if you hold mistaken beliefs which have as a knock-on consequence that other people may behave badly, then you are not to be engaged with in too friendly a way, even in the case that your mistaken beliefs don't lead you to behave badly yourself and may, as often happens, influence you for the better. It's the easy conflation of legitimate argumentation over truth and belief, with judgements about moral character - and in a way, it should be said, that picks out only religious belief for this treatment, when it is plain that the partisans of other belief systems don't have an altogether pristine record."

Chuck Blanchard said…
thanks to the link to Norm's blog. I have to say that I too cringed when I read the quote by Jines--especially after spending some time with some of the blogs at scienceblogs. there is an arrogance of the new athiesm that reminds me of Jerry Falwell.
May 30, 2007 at 9:09 AM