A Father Loses A Son to the War He Opposes 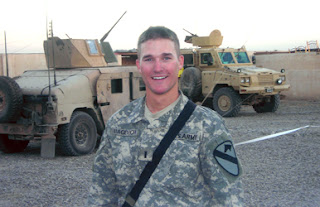 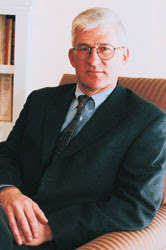 Andrew J. Bacevich is one of the best thinkers and writers on foreign policy in this country. Make no mistake, Professor Bacevich is no liberal--most of his writings have a decidedly conservative take, and he is a self-described Catholic conservative. He is a West Point graduate, a veteran of the Vietnam War, and a proud member of a military family. His son and namesake followed in his father's footsteps and became an Army officer. Sadly, the younger Bacevich died in a suicide bomb attack in Iraq earlier this month.

What makes this so especially sad is that Andrew Bacevich (the elder) was one of the most articulate opponents of this unwise war. I receive the Department of Defense press releases by email, and felt like I had been hit in the stomach when I read the release announcing the death of Lt. Andrew Bacevich. I did not know either the son or the father, but I had learned to admire Professor Bacevich through his writings--both before and after the beginnings of the Iraq War.

Professor Bacevich has written an essay in the Washington Post about his son's death. It is well worth a read. It is sad, angry and thoughtful. He is as tough on Democrats as he is on the Bush Administration. Here are some highlights:

What exactly is a father's duty when his son is sent into harm's way?

Among the many ways to answer that question, mine was this one: As my son was doing his utmost to be a good soldier, I strove to be a good citizen.

As a citizen, I have tried since Sept. 11, 2001, to promote a critical understanding of U.S. foreign policy. I know that even now, people of good will find much to admire in Bush's response to that awful day. They applaud his doctrine of preventive war. They endorse his crusade to spread democracy across the Muslim world and to eliminate tyranny from the face of the Earth. They insist not only that his decision to invade Iraq in 2003 was correct but that the war there can still be won. Some -- the members of the "the-surge-is-already-working" school of thought -- even profess to see victory just over the horizon.

I believe that such notions are dead wrong and doomed to fail. In books, articles and op-ed pieces, in talks to audiences large and small, I have said as much. "The long war is an unwinnable one," I wrote in this section of The Washington Post in August 2005. "The United States needs to liquidate its presence in Iraq, placing the onus on Iraqis to decide their fate and creating the space for other regional powers to assist in brokering a political settlement. We've done all that we can do."

Not for a second did I expect my own efforts to make a difference. But I did nurse the hope that my voice might combine with those of others -- teachers, writers, activists and ordinary folks -- to educate the public about the folly of the course on which the nation has embarked. I hoped that those efforts might produce a political climate conducive to change. I genuinely believed that if the people spoke, our leaders in Washington would listen and respond.

This, I can now see, was an illusion.

In joining the Army, my son was following in his father's footsteps: Before he was born, I had served in Vietnam. As military officers, we shared an ironic kinship of sorts, each of us demonstrating a peculiar knack for picking the wrong war at the wrong time. Yet he was the better soldier -- brave and steadfast and irrepressible.

I know that my son did his best to serve our country. Through my own opposition to a profoundly misguided war, I thought I was doing the same. In fact, while he was giving his all, I was doing nothing. In this way, I failed him

Read it all. And please keep the family members of all of the sons and daughters that have died in this War in your prayers this Memorial Day weekend.
Iraq War Politics