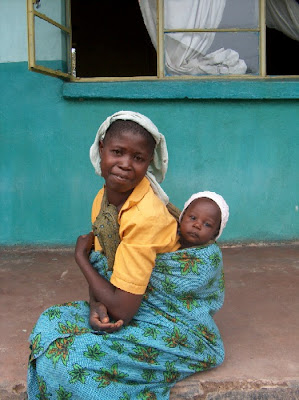 Nicholas Kristof of the New York Times has a very interesting essay on poverty in The New York Review of Books. It is very much worth reading, and displays a great recognition of the complexities of poverty--both domestic and international. In particular, Kristof recognizes that there has been tremendous (and largely unrecognized) progress toward reducing world poverty, and yet we still have far to go.

It is a long essay, but here are some highlights:

One measure of the ubiquity of these tradeoffs is that today, as every day, 30,000 children will die of hunger, disease, and other consequences of poverty, according to UNICEF. In many cases, those will be daughters, because parents (particularly in South Asia) don't have the resources to keep all their children alive, so they put a finger on the scales on the side of their sons. In India alone, among children aged one to five, girls are 50 percent more likely to die than boys—meaning that 130,000 Indian girls are mortally discriminated against each year.

Poverty both in the US and around the world remains a central fact of twenty-first-century life; a majority of the world lives on less than $2 a day, one common measure of who is poor. Yet we manage, pretty successfully, to ignore it and insulate ourselves even from poverty in our own country. When it pops out from behind the screen after an episode like the Watts riots of 1965 or the New Orleans hurricane of 2005, then we express horror and indignation and vow change, and finally shrug and move on. Meanwhile, the world's five hundred wealthiest people have the same income as the world's poorest 416 million.

Yet the story of global poverty is, in spite of what most people think, in some ways a surprisingly successful one. We focus on those who are still poor, but in the last quarter-century far more people have been pulled out of poverty than ever before in the history of the world. Largely that's because of the economic success of Asia, and it should give pause to critics of globalization. In fact, it's precisely because of globalization that hundreds of millions of Chinese, Indians, Indonesians, and Malaysians are moving into the middle class.

Another new book on the subject, Understanding Poverty, a collection of essays by scholars, has both the depth and the data that Vollmann's book lacks. It's the kind of book that you can put down, but it's a serious examination of where we stand and what we need to do. An excellent opening chapter by the three editors—Abhijit Banerjee, Roland Bénabou, and Dilip Mookherjee—notes that in the period from the early 1980s to 2001,

poverty rates fell by almost half: approximately 400 million people crossed the $1 threshold during this time [$1 a day is often used as a measure of extreme poverty; $2 a day is also often used]. This amounts to a fairly dramatic reduction in poverty. There is thus no basis for views, often expressed by protesters against globalization and privatization, that these trends have coincided with a rise in global poverty. Most of the poverty reduction happened in Asia, and particularly in China, which has experienced growing integration into the world economy and a rise in market forces.

It's also worth noting that the part of the world that has most withstood the forces of globalization (or simply been ignored) is Africa, where the number of poor people doubled.

The upshot is that we now have a much richer understanding of poverty than we did at the time of the launch of the War on Poverty, and a much better hope of success if we try again. We know that it's not just about more equitable distribution of assets, but that there are also crucial cultural issues to be addressed. We also have a better understanding of the tactics and policies that work, both in the US and in poor countries abroad.

The remaining question is whether we have the will. Perhaps books like Vollmann's may at least remind us of the poor, removing them for a moment from invisibility, and help replace our current resignation with policies that would make a considerable difference. We are not going to eradicate poverty in our lifetimes, but we could make a much bigger dent in it—and that's important if you're one of the poor. As Albert Camus said in 1948: "Perhaps we cannot prevent this world from being a world in which children are tortured. But we can reduce the number of tortured children."

In the meantime, today another 30,000 children will die of the consequences of poverty. And as dusk falls in Africa and Asia, aching parents will struggle to decide which of their children to put under the mosquito net and which to expose to malaria.

Read it all.
As Kristof notes in his essay, it is encouraging that thanks to celebrities like Bill Gates, Bono, and Angelina Jolie that a focus on world poverty is becoming cool and mainstream. Whether this will last in another question.
World Poverty