Barak Obama on Abortion and Respect for Those Who Disagree 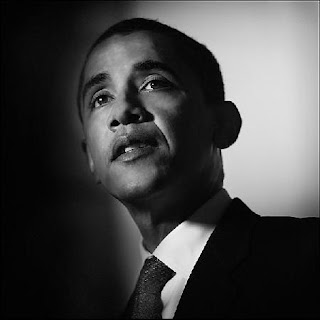 Barak Obama is the "Guest Voice" at the WashingtonPost.com "On Faith" website. His commentary is well worth reading in full. It focuses on the issue of abortion and Obama's conversations with people who disagree with him on the issue. Here are highlights:

Two days after I won the Democratic nomination in my U.S. Senate race, I received an email from a doctor at the University of Chicago Medical School.

“Congratulations on your overwhelming and inspiring primary win,” the doctor wrote. “I was happy to vote for you, and I will tell you that I am seriously considering voting for you in the general election. I write to express my concerns that may, in the end, prevent me from supporting you.”

The doctor described himself as a Christian who understood his commitments to be comprehensive and “totalizing.” His faith led him to strongly oppose abortion and gay marriage, but he said his faith also led him to question the idolatry of the free market and the quick resort to militarism that seemed to characterize much of President Bush’s foreign policy.

The reason the doctor was considering voting for my opponent was not my position on abortion as such. Rather, he had read an entry that my campaign had posted on my website, suggesting that I would fight “right-wing ideologues who want to take away a woman’s right to choose.” He went on to write:

"I sense that you have a strong sense of justice and of the precarious position of justice in any polity, and I know that you have championed the plight of the voiceless. I also sense that you are a fair-minded person with a high regard for reason. . . . Whatever your convictions, if you truly believe that those who oppose abortion are all ideologues driven by perverse desires to inflict suffering on women, then you, in my judgment, are not fair-minded. . . . You know that we enter times that are fraught with possibilities for good and for harm, times when we are struggling to make sense of a common polity in the context of plurality, when we are unsure of what grounds we have for making any claims that involve others. . . . I do not ask at this point that you oppose abortion, only that you speak about this issue in fair-minded words."

I checked my website and found the offending words. We had posted them to summarize my pro-choice position during the Democratic primary, at a time when some of my opponents were questioning my commitment to protect Roe v. Wade. Within the bubble of Democratic Party politics, this was standard boilerplate, designed to fire up the base. The notion of engaging the other side on the issue was pointless, the argument went; any ambiguity on the issue implied weakness, and faced with the single-minded, give-no-quarter approach of antiabortion forces, we simply could not afford weakness.

Rereading the doctor’s letter, though, I felt a pang of shame. Yes, I thought, there were those in the antiabortion movement for whom I had no sympathy, those who jostled or blocked women who were entering clinics, shoving photographs of mangled fetuses in the women’s faces and screaming at the top of their lungs; those who bullied and intimidated and occasionally resorted to violence.

But those antiabortion protesters weren’t the ones who occasionally appeared at my campaign rallies. The ones I encountered usually showed up in the smaller, downstate Illinois communities that we visited, their expressions weary but determined as they stood in silent vigil outside whatever building in which the rally was taking place, their handmade signs or banners held before them like shields. They didn’t yell or try to disrupt our events, although they still made my staff jumpy.

The next day, I circulated the email to my staff and had the language on my website changed to state in clear but simple terms my pro-choice position. And that night, before I went to bed, I said a prayer of my own—that I might extend the same presumption of good faith to others that the doctor had extended to me.

That’s the spirit in which I’m hoping to approach this campaign, and why I’ve created an online community for people of faith, to bring folks together around these difficult issues.

I think people are hungry for a different kind of politics – the kind of politics based on the ideals this country was founded upon. The idea that we are all connected as one people. That we all have a stake in one another. That there’s room for pro-lifers and pro-choicers, Evangelicals and atheists, Democrats and Republicans and everyone in between, in this project of American renewal.

Read it all.
Abortion Politics