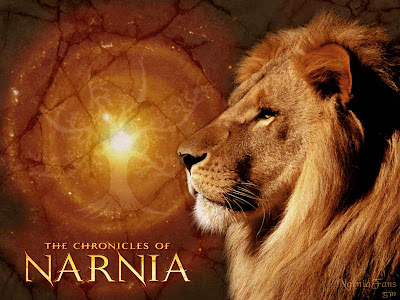 McSweeney's is a fun diversion. Perhaps due to the release of the movie Prince Caspian they recently posted this "Letter to Aslan." For those familiar with the Narnia series, it is worth reading in full, but here are some highlights:

To His Imperial Majesty, Aslan, the Great Lion, he who rises from uncomfortable and broken stone tables, son of the Emperor-Over-Sea, with extreme respect:

In the course of talking-animal events, it may become necessary for one animal—or human—or divine being—to come and rescue Narnia from its deepest, darkest hours. We're cool with that. We're just saying ...

Why does it have to be kids?

No offense to your wisdom and such, but, frankly, things don't go so well when they show up. Consider the results so far:

1. The sudden and terrible arrests of multiple Narnia residents, stemming entirely from the unauthorized visits of a small child to the forest area.

2. The sudden release of multiple dangerous creatures, who, until then, had been safely imprisoned as stone animals.

3. Your own bloody and demoralizing assassination.

4. The destruction of a valuable ancient stone table.

5. A major battle resulting in the injury and death of several Narnian citizens.

6. Restoration of a nonparticipatory monarchy, headed up by four children with limited education and absolutely no civil governing experience.

Frankly, we'd be less concerned were it not for our understanding that your true intentions are less to help us and more to help these children understand their own religion, which, we admit, sounds pretty confusing. End result: the kids get a deeply transforming religious experience, and we get left with shit. Excuse our language, but we're basically animals here.

So, anyway, here's what we're getting at: Send us a hero. Send us a grownup. Send us someone capable of understanding the complex economic structure underlying Narnia, of understanding why destroying our mines is not exactly a major plus. Just stop sending us kids. And consider this message urgent. We understand that something called a last battle might be coming up soon, and we're a bit afraid that if you send us any more helpful kids they'll end up destroying our entire world. Sure, we could end up in some perfect magical mirror of it, but what are the chances of that?

Read it all here. Hat Tip to Think Christian.
Humor