Father Sam Norton on the Problem of Evil 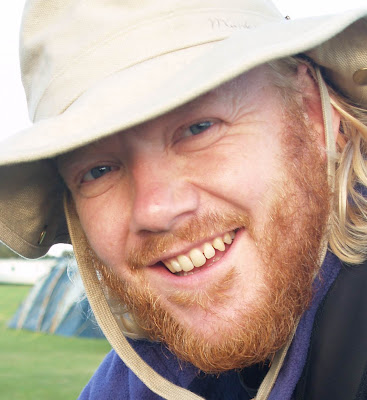 One of the theological issues that I am trying to struggle with is the famous "problem of evil", which is once again brough to the forefront by a new book by Bart Ehrman. The problem is one that theologians have struggled with for centuries, and there are no pat answers. Father Sam Norton (whose blog is well worth reading--great stuff on theology and peak oil, as well as wonderful photographs) had this short but useful post on his blog today:

In a comment, scott (gray) asked these four questions, which I think could work as a meme...

My answers:
1. Put briefly I don't think that these philosophical categories map naturally onto the Christian God (they are Greek rather than Hebrew?). In particular God does not act arbitrarily (that is, he is consistent) and therefore once he is in the relationship of creator to creation, which allows freedom, he doesn't overpower that freedom of creation. Hence we have sin which causes suffering (which is a way of saying: Christians interpret suffering as estrangement from God. I think there is a deeply embedded overlap here between the orthodox Christian view and the Buddhist idea that suffering is illusion, but I would want to ponder that more).
2. Well, I'm not God and part of the problem is that God's will is by definition unfathomable. I'm not sure that a God who was fully explicable in human terms would be worth worshipping. I think this is one of the most crucial areas that lead to incomprehension on the part of atheists, because belief in God requires a certain degree of surrendering judgement and that is so profoundly taboo in Modern understandings that it is barely even mentionable.
3. The nature of God is resurrection after crucifixion. Suffering is overcome and redeemed, not blotted out.
4. I think the question I would want to pursue in the context of a conversation about suffering is: what makes life meaningful in the face of death? Does anything matter? How do we order our lives in such a way that they gain integrity and depth and meaning in the face of what can appear a totally capricious fate? (Nussbaum is really good on outlining the Ancient Greek interpretations of this in The Fragility of Goodness) It seems to me that as soon as a positive answer to these questions is explored either all meaning is self-generated and chosen (which is the specifically Modern conceit) or else we begin to talk about meaning being derived from something apart from our choices. At that point we have entered the realm of religious language and theology.

Read it all here.
Theology