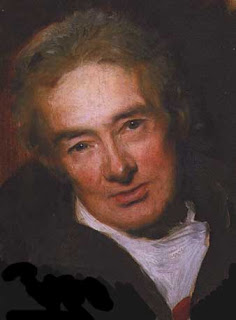 This year, we all too quietly celebrate the 200 year anniversary of the end of slavery in the British Empire. On March 25, 1998, the British Parliament voted to outlaw slavery. So why do I post on this today? Because in the Anglican Communion, today is the feast day for William Wilberforce, the member of Parliament who pushed so hard and long for the end of slavery. It is not every day that an elected politician is recognized as a saint by a religious body, and this recognition is well deserved. To celebrate, there will several services in Westminster Abbey:

Monday night in London's Westminster Abbey, Atlanta's St. Philip's Episcopal Cathedral will help celebrate one of the landmark events in history: 200 years ago, or nearly six decades before the United States settled the Civil War and ended slavery, the British Parliament voted to outlaw human bondage.

For the Britons, it was the culmination of a contentious debate, as much about human rights and justice as about the economics of empire. One member of Parliament, William Wilberforce, spoke with a moral authority that would be accepted as fact only by future generations.

The oracular thunder by Wilberforce, backed by an influential band of allies, made the abolition of slavery seem inevitable — a history depicted in the recent film "Amazing Grace."

Atlanta, too, knows something about how the struggle for basic civil rights can be achieved by many people but galvanized by one man.

So it seems fitting that the choir from St. Philip's will help celebrate the 200th anniversary of Wilberforce and the British act ending slavery. (The date of the act was March 25, 1807; today is Wilberforce's patron saint day.)